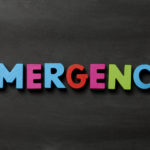 One of the most concerning aspects of having children is wondering if they are safe when they aren’t with us. With news of school shootings happening regularly, it is common for most parents to share this concern. Emergency situations can happen to anyone at any time, and school students are no different. Parents want their teenagers to be as safe as possible, and at school, being prepared for an emergency can help ease your mind as a parent. An emergency kit can be helpful during a disaster scenario such as an earthquake or an active shooter, or even in everyday mishaps like forgetting to brush your teeth before getting on the bus to school.

The majority of teenage school students will spend their time attending class, working at their jobs, and participating in sports or other extracurricular activities. Due to this fact, there is a good chance that your teenager will be away from home when an emergency scenario arises. A 72-hour emergency kit you stashed away in the closet or basement is great for at home, but it won’t help your teenager if it’s miles away and they are at school.

To help increase the safety of your students and give you peace of mind as a parent, we have compiled a list of items to create an emergency kit for teenagers to take with them to school. Have your child keep the kit either in the bottom of their backpack or in their locker. While there won’t be enough items for a full 72-hour kit, these items can help hold your teenager over until it is safe to leave school and return home. As a parent recommend actively getting your teenager involved with putting this handy kit together, as it is a great way to teach them about the possibility of emergencies and start an open conversation about the very real danger of such occurrences. Discussing these emergencies doesn’t have to scare them, but the possibility of a disaster striking can be terrifying for any age group. Preparing yourself for anything can reduce the fear of an emergency happening, and also give your teenager a sense of safety that comes with being more prepared.

We recommend adding the following items:

Because space is limited when it comes to being a student, we recommend being able to fit this kit in a gallon Ziploc bag. If it can’t fit at the bottom of a locker, it won’t do them any good. These items are all readily available at stores and are affordable. It’s probably a good idea to recommend to your teenager to not tell everyone that they have an emergency kit because other students might ask them to borrow things from their kit, which defeats the purpose of an emergency kit.

Teach your teenager that compiling this kit is just one step of the process in being prepared for emergencies. Be sure to tell them it’s important to restock the items that are consumable, especially if they use them for day-to-day reasons. If they hardly ever use anything in the kit, you’ll want to have them go through it about twice a year, to be sure that expired items are discarded replaced.

No one has the power to predict when a disaster will strike, but preparing ourselves for one can make all the difference. It could even save a life.