NOTICE: We are working to fulfill your orders as fast as possible but due to COVID-19, there may be shortages. Click here for details.

The Most Destructive Hurricanes in Recent U.S. History 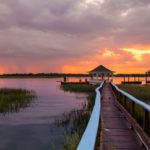 Just as the east coast United States was cleaning up and rebuilding in the aftermath of hurricane Florence, hurricane Michael recently took shape and is wreaking havoc of its own. If you’ve ever wondered what some of the most destructive hurricanes have been in U.S. history, here’s a small list according to property damage and lives lost.

Hurricane Katrina occurred in August of 2005 and is perhaps the most noticeably recognized storm in recent memory. Katrina pummeled parts of Florida as a category 5 before storm hitting most of the state of Louisiana as a category 3. According to the National Hurricane Center, Katrina claimed 1,200 lives and cost $108 billion in damages.

2005’s Hurricane Wilma was particularly destructive to parts of Mexico, Cuba, and Florida. The category 3 storm Wilma caused an estimated $21 billion in damages, even though it had the lowest central pressure of any hurricane in the Atlantic.

Even though 2011’s hurricane Irene wasn’t as fierce or costly as some of the other storms on this list, it’s memorable because of how noticeably widespread the damage was. A category 1 storm, Irene’s destruction spanned from Puerto Rico up the east coast, all the way to New York City and parts of New Jersey – causing massive flooding and a total of $7.3 billion in damage.

In 2012, Hurricane Sandy caused $71.4 billion in property damage, making it the second-costliest and destructive hurricane in the history of the United States. The category 1 storm mauled parts of New York City, again leading to floods and impacting the public transportation system of the city. Sandy destroyed thousands of houses, leaving people homeless in the process.

In August of 2017, Hurricane Harvey hit land in Texas and Louisiana, initially as a massive category 4 storm. Even in the aftermath, the weakened tropical storm remained inland for days afterward, leading to disastrous floods in cities like Houston, New Orleans, and surrounding areas. Harvey claimed at least 82 lives and caused a whopping $125 billion in property damage, meaning Harvey is currently the most costly storm in U.S. history.

Even when we think that hurricane season is coming to a close until the next year, sometimes Mother Nature has other plans. These unexpectedly disastrous storms can hit with sometimes little notice, in a matter of a few days. We have been witnessing this first hand with October 2018’s hurricane Michael.

Because it’s nearly impossible to tell when, where and how badly a natural disaster like a hurricane will strike, it is absolutely imperative that you be prepared in order to protect yourself and your loved ones as much as possible. Property damage is devastatingly catastrophic, but property can be replaced. Lives cannot be replaced. National agencies like FEMA and the Red Cross recommend that all U.S. citizens prepare themselves with survival kits and evacuation plans because you simply cannot put a price tag on the value of a life.