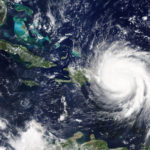 When people make the decision to move into a home in a new location, one of the largest factors that will go into such a decision is whether the area gets hit with a lot of natural disasters every year. Up until recently, most people thought of Houston and its surrounding areas as somewhere that has never had to deal with any kind of floods. After Hurricane Harvey, this perception was drastically changed.

Many residents of Houston and surrounding areas found themselves having to make their way through streets that were completely flooded - carrying their children and/ or pets along the way by using rafts, inflatable air mattresses, and anything else they could find to make an escape from their homes, which were basically ruined.

While Hurricane Harvey was most certainly an exception to the rule, that doesn’t mean the damage was minimal. The storm caused a total of three feet of rain in three days, and a massive amount of flooding was caused in the process. According to FEMA, there was significant property damage to around 100,000 homes in the area.

What was most surprising to FEMA officials and residents of the Houston area was that a lot of the property damage and personal injuries occurred outside of the flood plains in Texas. Most of the injuries and deaths occurred when people got trapped in their cars and drown. The Houston area has a lot of bodies of water that can fill up quickly if there is a lot of rainfall, and that’s exactly what happened during Hurricane Harvey. According to Ready.gov, even as little as six inches of fast-moving water from flooding is enough to knock an adult off of their feet. During Harvey, the Houston area saw as much as three feet of moving water.

Hurricane Harvey was a tragic disaster that left people wondering what to do, catching them highly off guard and woefully unprepared. Unless people were prepared, they didn’t have enough time to do so before they had to evacuate - due to the fact that the water levels rose so rapidly. Being unaware of what areas are flooded presents a very dangerous and potentially life-threatening disaster scenario.

One way the residents of the Houston area could have avoided this was to sign up for text alerts from government agencies that will tell them where floods and other disasters are occurring. The Red Cross has an app that is free to download that provides updated information about natural disasters and other weather emergencies. This app also provides information about emergency shelters in areas that are impacted by natural disasters.

Residents weren’t the only ones who got caught off guard during hurricane Harvey. The 911 system for the Houston area was massively overloaded, causing people to look for help elsewhere, like on social media. It is safe to assume that phone service will not be available in a disaster event like a hurricane. This is why it’s imperative that you add an emergency radio to your survival kit. If you don’t have an emergency kit, start working on building one immediately.

Because people in the Houston area had to evacuate their flooding homes so quickly, they didn’t have time to prepare much of anything, other than maybe grabbing their wallets and some extra socks. Having an emergency kit readily available could have helped them a great deal.

Mapping out evacuation routes and adding this information to your survival kit can possibly be the difference between life and death, and could have saved some lives during Hurricane Harvey. Adding alternative routes and back roads is also helpful, as main roads often get gridlocked and evacuation travel can prove to be next to impossible.

Thankfully, there were people who were ready for Hurricane Harvey, and were able to shelter themselves in their homes so they could ride out the storm. Some people took proper precautions like putting valuables and furniture onto tables and in upper levels of their homes. Some residents thought to move their vehicles to parking garages that are elevated in order to prevent them from being flooded.

Even though Hurricane Harvey was rare, the Houston area has seen three large floods over the last three years. These rare disasters are now seemingly happening annually. Whatever the reason for the increase in flooding due to hurricanes, homeowners should be aware of the dangers that come with such disasters and prepared themselves accordingly.

While there is no way to predict how much flooding will occur during a hurricane, or when an earthquake will strike here in California, it is imperative that you buy or build a survival kit with at least 72-hours worth of food and water for each of the members of your household. You can spend the time building a kit yourself, or you can opt to buy one from More Prepared. Either way, be sure to prepare yourself as much as possible so you can have the best chance of survival in the event of a natural disaster.